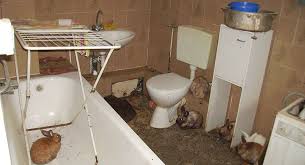 A new bill for the 2018 Florida legislative session, one of the first, would significantly change the criminal law regarding animal hoarding in the state. The bill, SB 86 by Port Orange’s Dorothy Hukill, would define animal hoarding and criminalize it as a third-degree felony. The bill is comparable to a bill filed by Senator Greg Steube of Sarasota that died in the 2017 session while in subcommittee.

SB 86 would authorize a court, once furnished with probable cause, to compel a psychological evaluation. If a person were then convicted, mental heath counseling would be mandated. The bill was stabled in draft form but when the Daytona Beach News-Journal published a “story about a woman found with nearly 150 animals living in horrible conditions in a Port Orange home [which also] highlight[ed] the number of animal hoarding cases since January, [and] the impact on local resources and the mental health challenges hoarding cases can pose,” SB 86 was ultimately filed.