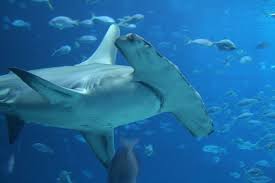 A video recently surfaced on social media showing a shark (possibly a blacktip or spinner) being dragged behind a boat traveling at high speed near Tampa. This is not the first video of its kind: another video, circulated on social media, showed a man repeatedly shooting a hammerhead shark that had been reeled to the side of a boat. State Representative Alex Miller (R-Sarasota) believes that, “In the age of social media more and more of these incidents will come to light.”

But right now, as Miller explains, Florida law does not specifically address mistreatment of sharks aside from listing types of sharks that cannot be harvested. The dragging incident is under investigation by the Fish and Wildlife Conservation Commission (FWC) and the Manatee County State Attorney’s Office, and several men have been identified as possible perpetrators. However, if it is ultimately determined that no crime was committed, Miller has already vowed to present a bill to clarify the law to include such mistreatment of sharks.

Governor Rick Scott agrees that Florida law should address this “disturbing” and “hateful” conduct. After watching the video, he contacted the FWC Chairman, Brian Yablonski. “The brutality and disrespect shown to this animal is sickening and I am sure that you share my outrage over these individuals’ heinous actions,” Scott wrote. The Chairman responded that the Committee will strengthen regulations where necessary.