Marine Canary in the Coal Mine: The Latest Threats to Manatee Survival and Efforts to Save Them 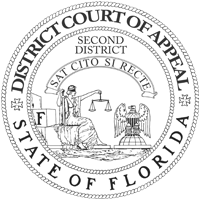 Florida’s Second District Court of Appeal recently addressed a dog owner’s liability under section 767.01, Florida Statutes (2016), for damage done by their dog to another person.  In Parsons v. Culp, 2021 WL 4233754 (Fla. 2d DCA Sept. 17, 2021), the Parsons’ Boston Terrier, Bogey,  had escaped from his tether and encountered Ms. Culp, an elderly woman, walking her Havanese-Maltese, Diamond.  “As dogs are wont to do, Bogey ran towards Diamond.”  As she tried to run, Diamond wrapped her leash around her owner’s ankles, causing Ms. Culp to fall and suffer multiple broken bones.

Ms. Culp sued the Parsons under section 767.01, which provides that “[o]wners of dogs shall be liable for any damage done by their dogs to a person.”  The jury returned a million-dollar verdict in favor of Ms. Culp and against the Parsons.  The Parsons appealed, arguing that the trial court erred in preventing them from raising certain affirmative defenses–namely, that Ms. Culp was comparatively negligent and that Bogey’s collar was defectively manufactured.

The Second District discussed in detail the history of section 767.01 and the courts’ interpretation of the statute as it has evolved over time.  Ultimately, the Second District held that all of the defenses set forth in section 767.04–which covers liability for dog bites–are also available under section 767.01.  Accordingly, the Parsons were entitled to present their defense of comparative negligence, and reversal for a new trial on that issue was necessary.  However, because section 767.04 does not include a third-party defense, the trial court was correct to exclude the Parsons’ defense that Bogey’s collar was defective.

One judge dissented in part, opining that the defenses in the dog bite statute should not apply to actions under the dog-damage statute.