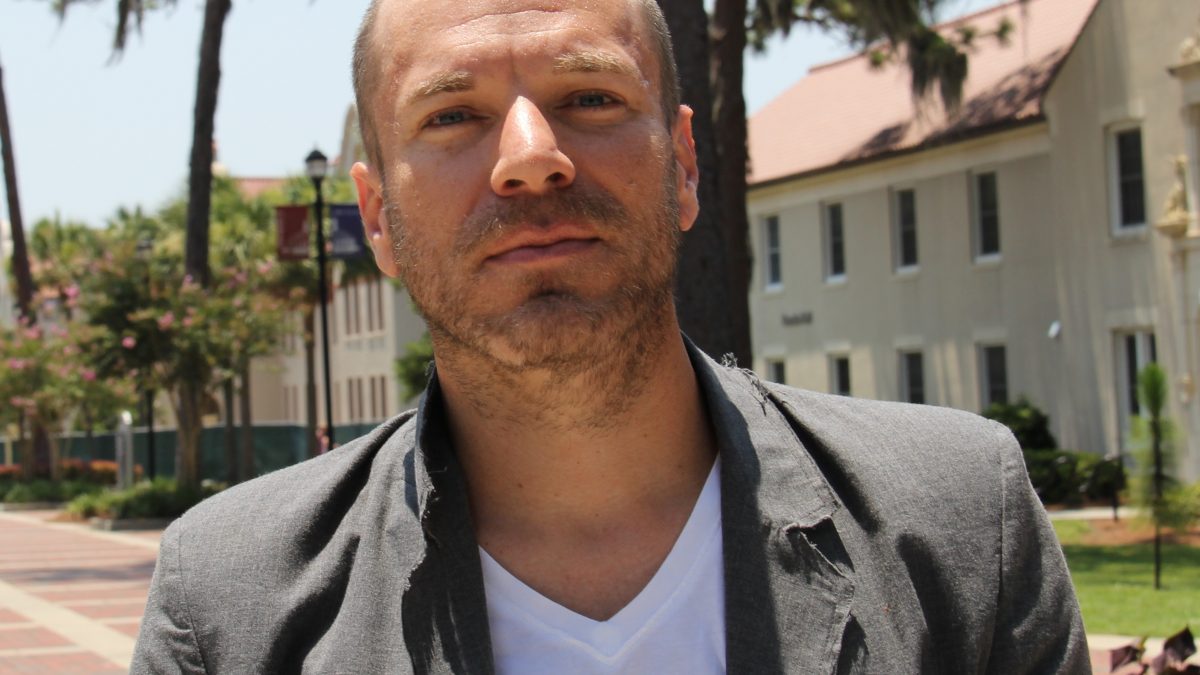 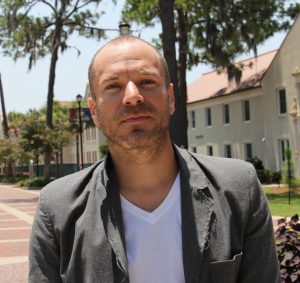 The Relationship Between CAFOs and the FOIA

Concentrated Animal Feeding Operations (CAFOs), also known as factory farms, magnified the structure of agricultural animal abuse beginning in the 1960s, facilitated in part by the deregulatory policies of Ezra Taft Benton, who served as Secretary of Agriculture in the administration of Dwight Eisenhower.[i] Such farms include thousands, and even millions, of animals crammed in tight spaces, diminishing their quality of life before sending them to their deaths. Feedlots and warehouses provide no access to vegetation and serve a particularly violent carceral function for a variety of farmed animals, particularly cows, pigs, and chickens.[ii] A separate but related problem with factory farms is that the waste products from such facilities, including animal fecal matter, are among the leading causes of environmental degradation, the runoff creating a specific subset of viral pathogens and regularly polluting nearby waterways.[iii] Such operations are also the leading cause of carbon dioxide gas emissions that have helped accelerate climate change.[iv]

Both the abuse that factory farms inflict upon animals and the harm that they impose on the environment have led a variety of groups to expose the practices at such facilities through unauthorized video and photo documentation, a strategy that various states have sought to end through a series of statutes colloquially known as “ag-gag” laws.[v] Governmental advocates argue that the laws serve to protect farmers from propagandistic displays, while citizen opponents argue that the laws shield animal abuse and environmental abuse from public exposure.[vi]

While such laws particularly target footage gained by criminal trespass, the federal Department of Agriculture has played a role in limiting public knowledge of the machinations at factory farms by abrogating its responsibilities under the Freedom of Information Act (FOIA)[vii] to comply with document requests that could potentially lay bare governmental knowledge of the systemic nature of the abuses shown in individual videos and photographs.[viii] Among the animal advocacy and environmental groups making such FOIA requests are the corporate watchdog group Public Justice Foundation, the Animal Legal Defense Fund, the Center for Biological Diversity, the Center for Food Safety, and Food and Water Watch.[ix]

Frustrated with years of what they considered intentional delay and obfuscation, the aforementioned advocacy groups filed a final FOIA request with the Farm Service Agency (FSA), a division of the Department of Agriculture, in April 2019. The FSA is responsible for providing direct loans to farmers and large-scale agricultural producers and loan guarantees to lenders who engage in similar private loans.[x] The FOIA request sought “all records mentioning or containing FSA’s directives and/or policies for responding to and/or processing FOIA requests and appeals,” to which the FSA responded with copies of two brief emails containing seven total pages.[xi] In February 2020,  the advocacy groups filed suit against the FSA for failing to comply with FOIA requests.

The complaint in Public Justice Foundation v. Farm Service Agency was filed in the San Francisco Division of the United States District Court for the Northern District of California, alleging that the FSA repeatedly failed to comply with a variety of FOIA requests from each of the aforementioned advocacy organizations from 2016 to 2020.[xii] All of the requests dealt in some manner with the administration of loans and loan guarantees to “industrial animal production operations” with regard to “specific agricultural operations or geographical areas.”[xiii] Their goal was “uncovering whether FSA considers environmental impacts before awarding federal farm loans to an applicant” as required by the National Environmental Policy Act (NEPA).[xiv] Enacted in 1970, NEPA “encourage[s] productive and enjoyable harmony between man and his environment,”[xv] sets environmental standards for various industries, and provides enforcement provisions to ensure compliance.[xvi]

FOIA Exemption Claims by the FSA

In denying the FOIA requests or failing to comply fully with them, the FSA cited several authorities but emphasized exemptions 3 and 6 of the FOIA, the former concerning “information that is prohibited from disclosure by another federal law.”[xvii] The federal law cited by the FSA was the Food, Conservation, and Energy Act (FCEA),[xviii] which exempts from FOIA disclosure any information that FSA obtained from “agricultural producer[s] or . . . landowner[s] that concerns their farming or agricultural operation[s], including . . . farming practices, conservation practices, or the land itself.”[xix]

The plaintiffs countered by arguing that FCEA’s withholding requirements exempt only “information ‘provided by’ these entities ‘in order to participate in [FSA’s] programs.”  The plaintiffs also claimed that the law does not protect all information regarding land and operations; it protects only “geospatial information” for which “agricultural producers or landowners provided information for funding purposes.”[xx]

Exemption 6 prohibits the dissemination of “information that, if disclosed, would invade another individual’s personal privacy,” and the FSA continually argued in its denial of requests that loan information for animal agricultural facilities would disclose the financial records of individual applicants.[xxi] The plaintiffs countered by arguing that the records they requested were not part of an individual privacy interest and that the data should have been segregated from private information, aggregated, and the tallied nonexempt information released.[xxii]

In a case management conference following the original complaint, the FSA agreed to perform a records search again, which this time produced tens of thousands of pages, many of which were publicly available and none of which pertained to “FSA’s farm loan programs and resulting environmental review or groups such as Plaintiffs, despite the fact that FSA’s practices in responding to FOIA requests about said programs and from said groups are the central issue in this dispute.”[xxiii] The plaintiffs also argued that the new search “failed to uncover documents that Plaintiffs have confirmed exist and explained to FSA are highly responsive material.”[xxiv]

The FSA responded by interpreting the complaint narrowly, engaging only on the grounds of the final FOIA request and its negotiated attempt at a revised responsive search, claiming that thirty-thousand pages of material represented an adequate attempt and that any omissions of information were the result of a failure on the part of the plaintiffs to specifically request information directly related to processing requests about farm loans or environmental reviews.[xxv]

The case is pending, but both parties have made tactical errors in the litigation.

The plaintiffs filled dozens of pages describing various FOIA requests to which the FSA failed to respond, building a case that the agency’s failure was willful and intentional, if not systemic—a modified form of ag-gag in which the Department of Agriculture served as a proxy for factory farms in hiding their behavior from public scrutiny. In conference, however, the plaintiffs limited the scope of their pursuit to the final request concerning departmental FOIA policies. The limited scope allowed the FSA to argue narrowly on the merits of the final request rather than defend the agency’s history of refusing good faith attempts to respond to concerned groups with requested documentation.  The FSA’s collation of more than thirty-thousand pages in its second effort was a clear demonstration of its earlier abrogation of responsibility under FOIA; but because plaintiffs emphasized the April 2019 request, even though the bulk of their complaint catalogued a history of nonresponsive behavior, attorneys for the FSA had grounds to defend the agency as responsive after the post-complaint conference without having to defend years of dereliction of its FOIA duty.

A ruling in favor of the plaintiffs could result in a new search that produces documents that prove the FSA’s attempt at a proxy version of ag-gag, while a ruling in favor of the defendant would force the advocacy groups to refile, this time emphasizing the series of FOIA denials from 2016 included in the original complaint. In either outcome, the effort to uncover the Department of Agriculture’s secrecy surrounding public access to information about concentrated animal feeding operations will of necessity result in further litigation, the case built either on documents from FSA’s valid FOIA response or on its continued failure to produce requested information.

Thomas Aiello is a professor of anthrozoology, history, and Africana studies at Valdosta State University. He is the author of more than twenty books and dozens of peer-reviewed journal articles. His work helped amend the Louisiana Constitution to make nonunanimous juries illegal and was cited in the United States Supreme Court as part of its decision ruling them unconstitutional. He holds PhDs in history and anthrozoology.