Defending Those Who Cannot Speak: Civil and Criminal Prosecution of Animal Abuse

Dog Bites Human: Why Florida Lawyers Should Care and What They Need to Know 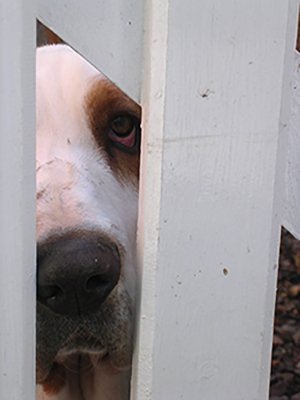 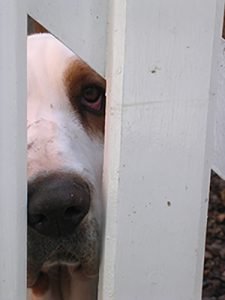 By: Janet A. McDonald

“The greatness of a nation and its moral progress can be measured by the way its animals are treated.” These words attributed to the late Mahatma Gandhi starkly contrast the graphic and disturbing images of abused, neglected, and abandoned animals that are regularly found in newspaper articles and on television. According to the Humane Society of the United States, most cases are never reported and most animal suffering goes unrecognized and unabated.1 There is no national reporting system or national registry for convicted animal abusers or for those enjoined from owning animals. It is largely an unreported crime that crosses all strata of society. This article will address misdemeanor and felony animal cruelty, confiscation by law enforcement or animal control agencies, and hoarding.

Animal cruelty, neglect, and abandonment laws are codified in every state. A complete listing of state statutes regarding animal abuse and cruelty can be found on the website of Michigan State University College of Law’s Animal Legal and Historical Center.2 Various state statutes denote intentional acts of animal cruelty as criminal misdemeanor or felony violations. In addition to state statutes, local counties and municipalities regulate animal cruelty, neglect, and abandonment. Criteria for misdemeanor and felony criminal designation vary from state-to-state as well as county-to-county. Local ordinances may contain more stringent sanctions than state statutes, so familiarity with both is required for those who practice animal law.

It is historically important to denote the two primary functions of anti-cruelty laws: the protection of property and the moral legislation ( i.e., the creation of a code of conduct and proscribing behavior that cruelty to animals is “immoral and unacceptable”).3 State laws generally penalize two types of actions under their anti-cruelty laws: intentional acts and failure to act. Beating, torturing, throwing an animal from a moving vehicle, maiming, burning, or repeatedly inflicting pain upon the animal can be classified as either felonies or misdemeanors in a state’s criminal code. Similarly, failure to provide the most basic elements of care, such as food, shelter, potable water, or veterinary treatment can be codified as misdemeanors or felonies depending on the nature of the mistreatment and neglect.4 While most states initially treated animal cruelty as misdemeanor offenses,5 as of this year, all 50 states and the District of Columbia have enacted at least one felony anti-cruelty law.6

F.S. §828.12 (2013), “Cruelty to Animals,” provides for both misdemeanor and felony offenses.7 Felony animal cruelty is a general-intent crime.8 Crimes are described as being either general- or specific-intent actions. In specific-intent crimes, the prosecuting agency must prove that the defendant had a specific or particular purpose that drove him or her to commit the crime. In general-intent crimes, the prosecution need only prove that the defendant intended or did in fact commit the act. In Reynolds v. State, 842 So. 2d 46 (Fla. 2002), the Florida Supreme Court held that it was within the legislature’s power “to declare conduct criminal without requiring specific criminal intent to achieve a certain result” and found the statute to be constitutional. There are a wide variety of circumstances that give rise to felony animal cruelty and abuse cases.9

Sanctions imposed by the Florida trial courts in animal abuse and cruelty cases frequently include community service, counseling, forfeiture of the owner’s rights to the animal or animals, probation, community control, county jail or prison sentences, reimbursement for costs of care, restitution, and a seizure of all animals owned by the perpetrator.10 The case of Morival v. State, 75 So. 3d 810 (Fla. 2d DCA 2011),11 in particular, is illustrative of severe abuse and neglect and the distinction between misdemeanor and felony animal cruelty. At the time of arrest, police found two dogs caged in a crate in the defendant’s apartment without food or water. Pictures of the dogs showed “skin and bones.”12 There was a large bag of dog food found in the apartment. The veterinarian described the male dog with “severe muscle wasting and severely inadequate nutrition.”13 The trial court granted a motion to dismiss the felony information and the state appealed that decision. The Second District held that the “defendant’s act of systematically depriving his dogs of nourishment was properly charged as felony animal cruelty… and the condition of the defendant’s dogs was a result of repeated, long-term failure to feed. In other words, it is a misdemeanor to fail to feed a dog….[I]t is a felony to starve a dog to death, or to deprive it of sustenance to the point, where [the dog] it has no muscle mass and is too weak to even stand.”14 Mr. Morival was permanently enjoined from owning animals in the civil case arising from the same facts.

Another tool to abate acts of animal abuse is civil statute F.S. §828.073 (2013). Companion municipal and county ordinances allow for the confiscation of animals found in distress by law enforcement, governmental agencies, and animal rescue agencies, and enjoin animal abusers from owning animals in the future. The leading case in this field is Brinkley v. County of Flagler, 769 So. 2d 468 (Fla. 5th DCA 2000) . In Brinkley, a citizen’s complaint concerning excessive animals kept in unhealthy conditions led a law enforcement officer and animal control investigator to the property. Upon nearing the property, both officers were “overwhelmed by the smell of animal waste.”15 The officers found that the porch, home, and surrounding property were covered with animal feces. Roaches and rats filled the interior of the home. In excess of 358 dogs and puppies and one bird were initially confiscated, and the number grew due to multiple births of numerous dogs. The Fifth District upheld the entrance by the officer and investigator, stating that “the distress of the animals was apparent to the deputy and the investigator, and any reasonable person would also have concluded that an urgent and immediate need for protective action was warranted.”16

The Brinkley case can also be considered hoarding, one of many forms of animal abuse. Hoarding cases are frequently subject to both civil and criminal prosecution. Due to the severity of abuse found in hoarding cases, it is essential to seek criminal and civil sanctions to provide assistance for animals, punishment and assistance for the abusers, and to enjoin the abusers from ownership of animals in the future. Investigators frequently find defenseless animals trapped in deplorable living conditions, deprived of food, shelter, needed veterinary medical treatment, and forced to live without essential socialization. The Hoarding of Animals Research Consortium, which crusades against hoarding and seeks to educate the public about the dangers of hoarding, has found the following common denominators for all hoarders:

Accumulation of a large number of animals, which has overwhelmed that person’s ability to provide even minimal standards of nutrition, sanitation, and veterinary care;

Failure to acknowledge the deteriorating condition of the animals including disease, starvation, and even death, and the household environment (severe overcrowding, very unsanitary conditions); and

Failure to recognize the negative effect of the collection on his or her own health and well-being, and on that of other household members.17

Dr. Randall Lockwood, senior vice president of the American Society for the Prevention of Cruelty to Animals, stated that “[h]istorically, a person who collected animals was viewed as an animal lover who got in over his or her head but the truth is that people who hoard are experiencing a total loss of insight….Being kept by a hoarder is a slow kind of death for the animal. Actually, it can be a fate worse than death.”18

Hoarding presents a difficult and complex issue for enforcement agencies, rescue groups, attorneys who represent hoarders, and state and county attorneys. The American Psychiatric Association lists hoarding among the diagnostic criteria for obsessive-compulsive personality disorder in Diagnostic and Statistical Manual of Mental Disorders.19 The human toll of hoarding is great. Hoarders frequently live in squalor, are unable to care for themselves properly, and are in need of psychological evaluation and treatment. This cycle of abuse will be repeated endlessly if treatment is not received. Because of the devastation that the disorder inflicts upon the person and the animals, hoarders may be enjoined from owning animals or limited in the number of animals they are allowed to own in the future. Hoarders may accumulate large numbers of animals, ranging from 30 to more than 1,000. When agencies seize such large numbers of animals, the costs of caring for them can drain local government budgets.

Animal cruelty, abuse, neglect, abandonment, and hoarding, whether designated as felony or misdemeanor crimes or civilly prosecuted after confiscation, impact our society. While there are numerous safeguards, civil and criminal statutes, and local ordinances designed to protect the welfare and well-being of animals, these laws can only succeed to reduce or eliminate these problems if they are brought to the attention of the proper government agencies or rescue groups.

In their daily work, attorneys can help governmental authorities by being aware of signs of animal abuse that can affect the client and their families. Does the spouse in a domestic violence case fear leaving the abuser because of the threat of torture or death to the family pet? Is the client’s health and welfare in jeopardy because of unsanitary clutter and too many pets? Is the family selling their home because a neighbor has killed a family pet? Once aware of the signs of animal abuse, reports to law enforcement agencies, social services agencies, or animal rescue groups can bring help to the client and their animals. Sheriff’s offices, municipal or county animal control agencies, and rescue groups such as the American Society for the Prevention of Cruelty to Animals and the Humane Society can provide needed assistance. Please be vigilant and help to erase these tragedies.

9 Felony cases include Lukaszewski v. State, 111 So. 3d 212 (Fla. 1st DCA 2013) (holding sufficient evidence supported conviction when defendant strung up an elderly dog, forced the dog to stand on its hind legs, and repeatedly beat it with a two by four); King v. State, 12 So. 3d 1271 (Fla. 5th DCA 2009) (holding misdemeanor animal cruelty is not a lesser included offense of felony animal cruelty); Bartlett v. State, 929 So. 2d 1125 (Fla. 4th DCA 2006) (affirming conviction of a defendant who shot an opossum with a pellet gun numerous times and left the opossum in extreme distress); J.P. v. State, 895 So. 2d 1202 (Fla. 5th DCA 2005) (affirming juvenile adjudicated delinquent for cruelty to animals for killing a dog with a screwdriver type instrument); Aaroe v. State, 788 So. 2d 340 (Fla. 5th DCA 2001) (reversing trial judge who reduced a jury felony verdict to a misdemeanor, finding that evidence showed the cat was shot twice with a pistol, the defendant confessed to shooting the cat, and the pistol shell casings were found, constituting overwhelming evidence of guilt); Wilkerson v. State, 401 So. 2d 111 (Fla. 1981) (upholding the constitutionality of Fla. Stat. §828.12 for the torture and mutilation of a raccoon).

11 The author served as civil trial counsel in this case.

18 American Society for the Prevention of Cruelty to Animals, Animal Hoarding FAQ, http://www.aspca.org/fight-cruelty/animal-hoarding/animal-hoarding-faq.

Janet A. McDonald is an assistant county attorney with Polk County. She has previously served as an assistant public defender, assistant state attorney, and assistant attorney general. She is a graduate of Bryn Mawr College and University of Miami School of Law.