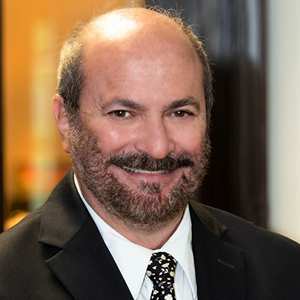 By Ralph A. DeMeo and Macie Codina, Guilday Law

As for those bills that survived the session, HB 494: “Fish and Wildlife Conservation Commission,” was ordered enrolled and sent to the Governor’s office on March 10th. The proposed bill was introduced for the purpose of alleviating the geographical and capacity constraints on current available gopher tortoise recipient sites due the extreme migration and development in Florida. Under the bill, each lead land managing agency is encouraged to consider the feasibility of using a portion of state land greater than 40 contiguous acres for tortoise recipient sites. The Florida Fish and Wildlife Conservation Commission (“FWC”) will further determine feasibility by looking at the site’s compliance with the primary management objectives of the lands, the land management plan, economic feasibility of establishing the recipient site.

Furthermore, owners of lands where a conservation easement or other less-than-fee interest have been acquired may apply to become a recipient site if the operation does not interfere with the land’s management plan or state or federal permitting requirements. Under this bill, the FWC shall establish an ongoing effort to encourage the establishment of new recipient sites on private lands and update the online permitting system to assist with the efficient allocation of tortoises by December 31st, 2022. All requests for additional information regarding the establishment of a recipient site must be received by the applicant within 45 days. The FWC also must submit a report to the head of the House and Senate regarding the progress made, the average time to approve or deny an application, any federal action taken to modify the specie’s endangered species status, and any other relevant information by February 1st, 2023.

Another bill currently awaiting the Governor’s approval is SB 226: “Care for Retired Police Dogs.” The bill was introduced with the purpose of protecting police dogs who are an integral part of the law enforcement and correctional efforts statewide and acknowledges that the service of police dogs is often dangerous. The proposed bill will create a program to provide stable funding for the veterinary care for retired police dogs through a nonprofit organization dedicated for that purpose. Under the bill, funds may only be disbursed to a former handler or adopter of a retired police dog that served at least 5 years and may not exceed $1,500 per dog. Furthermore, a former handler or adapter may not accumulate unused funds to use in future years. A sum of $300,000 in recurring funds was appropriated from the 2022-2023 fiscal year, and each fiscal year thereafter, for the purposes of implementing and administering the program.

As for significant bills that did not pass, the “Water Resource Management” and “Pet Protection” bills died in committee. The Pet Protection bills, SB 994 and HB 849, were brought before the Legislature with the purpose of regulating and inspecting retail pet stores and their animals. The bill proposed requirements for acquiring pets from third parties, required documentation, and medical and enclosure standards for pets living within retail pet stores. The bill also proposed a yearly licensing of all retail pet stores and an accompanying fine for any violations of the bill. Proponents of the bill emphasize that, before this bill, there were no regulations or licenses required of pet stores. Under the proposed bill, retail pet stores will be restricted on where they can acquire animals and will be required to provide weekly veterinary visits.

Although the bill appeared to protect animal rights, opponents of the bill argued that these bills were misleading and were actually pro-puppy mill given the broad and unenforceable language, the bare-minimum standards, and the bills preemption clause. The Humane Society of the United States and other animal advocacy groups have been fighting to end puppy mills by supporting local governments that prohibit pet stores that sell animals from mills. Over 80 local governments in Florida prohibit sales from puppy mills. Under the bill’s preemption clause, local governments would not have been able to ban pet stores which obtain animals from mills. Those against the bill argued that, instead of protecting animals, the bill’s broad language and loose standards would have allowed puppy mill pet stores to continue their operations while blocking local governments from further regulating or banning these stores. Manatee and Orange counties have recently passed ordinances that stop pet stores from selling puppy mill puppies. Under the proposed bill, the recently passed ordinances would have been reversed. Unfortunately, with the potential passing of Senate bill 620, the Local Business Protection Act, local governments could be liable for damages if they create or adopt an ordinance banning puppy mill pet stores. Both Pet Protection bills died in committee on March 14th.

The last notable animal law bill is SB 198: “Water Resources Management,” which died in committee on March 14th. The purpose of the bill was to allow permitting to develop seabeds while also allowing seagrass mitigation banks to operate. Although the bill appears to increase seagrass mitigation banks, the loose standards regulating the banks would have actually depleted seagrasses, the main food source of manatees. Those in opposition of the bill successfully argued that allowing the development of a seabed before a mitigation bank proves viable would allow developers to get mitigation credits without showing actual results. Opponents also argued that, even if grass was successfully planted, it would take years for the ecosystem to recover. With over 432 manatee deaths in 2021, most resulting from starvation, the survival of Florida’s seagrasses are more important than ever.

It should be noted that another bill that could have a chilling effect on local government ordinances that prohibit puppy mill sales is SB620/HB 569, the so-called “business damages” bill, which would create a new tort allowing businesses to sue local governments if their ordinances interfere with the business. The bill would potentially subject local governments to damages from businesses, including pet stores, which wish to purchase puppies from mills.