The City of Tallahassee Animal Crimes Task Force (Task Force) was convened in 2016 by the City Commission to study the issue of animal cruelty in the community and develop recommendations on how to address the problem. Animal Law Section (ALS) past Chair Ralph DeMeo serves on the Task Force. The Task Force made several recommendations, one of which was the adoption by the City Commission, on April 26, 2018, of one of the first animal abuser registries in Florida, which is found in Section 4-13 of the Tallahassee Code of Ordinances and provides in part:

The city shall establish an animal abuser registry that shall contain the names, residence, photo and other related information of certain abusers living within the city who are convicted of an abuse offense on or after the effective date of this section. The abuser registry will be maintained by the city or its agent, shall be listed on the city’s official website, (available for posting on the websites of other entities) and may contain links to other abuser registries that are available, or as they become available in the future, to be used as an informational resource by animal shelters, pet sellers, or other persons or entities located in the city when they sell, exchange or otherwise transfer the ownership of an animal. The city may promulgate internal policies and procedures, as may be amended from time to time, necessary for the implementation of the abuser registry. . . . Animal shelters, pet sellers, and other persons or entities are encouraged to take all necessary steps to ensure that an animal is not transferred to a person listed on the abuser registry. 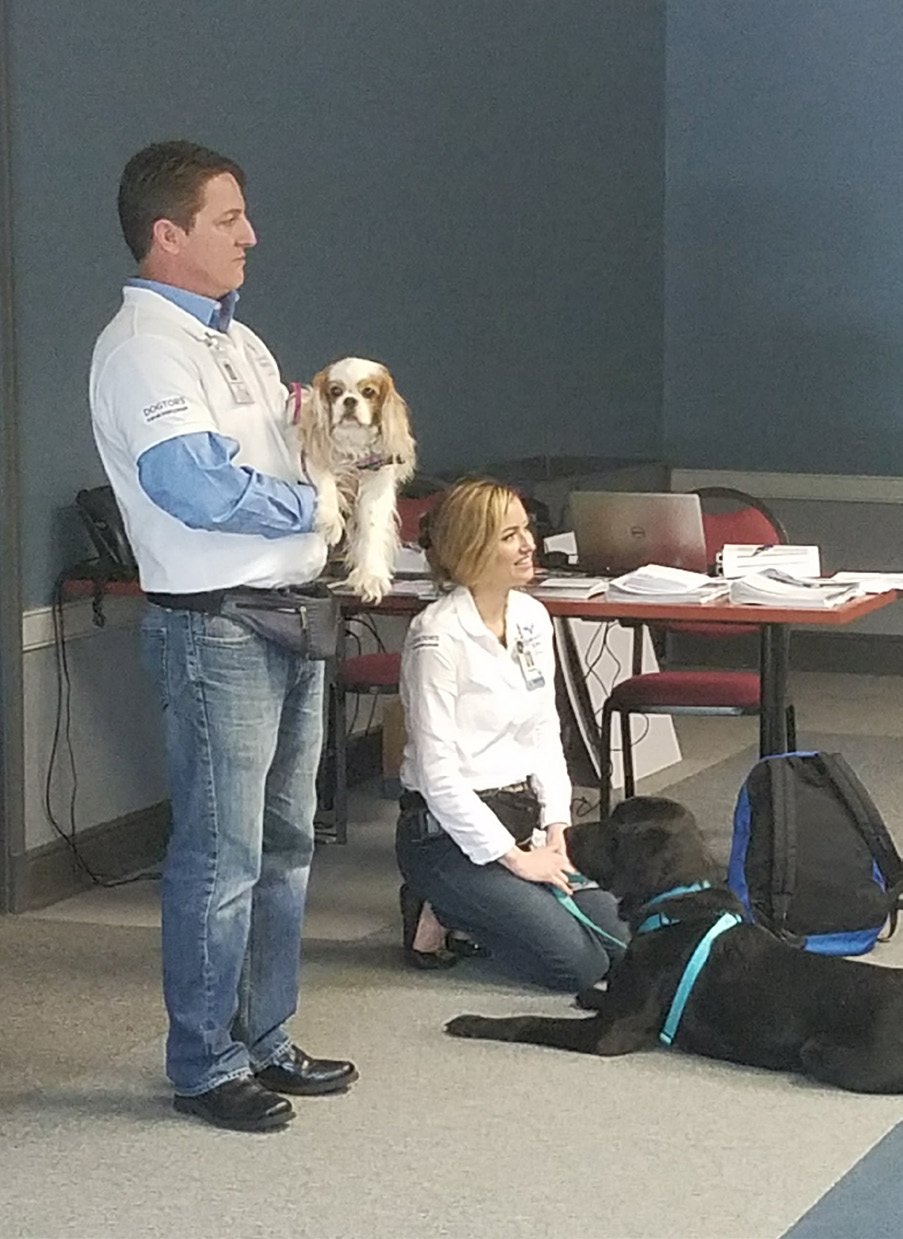 Recently, another idea developed by the Task Force came to fruition – a Continuing Judicial Education (CJE) seminar on animal law for judges and lawyers in Tallahassee, sponsored in partnership with ALS and Tallahassee-based animal welfare charity Pets Ad Litem (PAL). ALS Chair Gregg Morton serves as President of PAL and Ralph DeMeo serves as its CEO. The seminar on Current Animal Law Issues was held on March 9, 2018, at The Florida Bar Headquarters in Tallahassee, and was attended by over 30 people, including judges from the local Circuit Court and District Court of Appeals and DOAH Administrative Law Judges. Also in attendance were animal law professors, veterinarians, lawyers, and law students. Speakers included Second Circuit Judge James Hankinson, Rachel Barton DVM from the Tallahassee Animal Services Center, Kate MacFall from the Florida Chapter of the Humane Society of the United States, Chuck Mitchell and Stephanie Perkins from the Tallahassee Memorial Hospital Animal Therapy Program, Attorney Eric Abrahamsen, and Gregg Morton and Ralph DeMeo from ALS and PAL.

Illustrating that there is virtually no area of the law that is not affected by animal law – from real property or criminal law to domestic relations law and more – a range of topics were covered at the seminar, including dogfighting, animal hoarding behavior, the different types of animal abuse and neglect cases that come to court, civil penalties that are levied by animal control officials, use of therapy animals in court, and cruelty investigations and prosecutions. In addition, speakers covered domestic relations, property, and animal law, including the issues that can arise in custody disputes over animals in divorce proceedings, landlord/tenant, and condominiums. The seminar proved to be an effective way to provide judges and lawyers with the legal background and challenges of these important topics. The seminar was very well received by the attendees, particularly the judges who were present. The first of its kind in Florida, the seminar on Current Animal Law Issues is a concept that ALS and PAL plan to expand into other Florida cities.