A Brief History of the End of Greyhound Racing in Florida

If the Stud’s a Dud and Other Horse Tales: Mediation of Equine Law Disputes May Be Your Best Bet 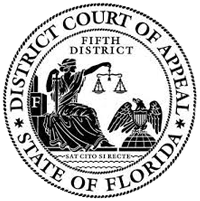 Anthony Joseph Avella was charged with practicing veterinary medicine without a license and cruelty to animals after he injured his miniature dachshund, Thor, in an attempt to treat the dog for a medical condition. Avella ultimately took Thor to a veterinarian, and Thor recovered after receiving professional treatment. The trial court dismissed the charges against Avella, and the State appealed. The Fifth District Court of Appeal of Florida affirmed the dismissal of the unlicensed practice charge but reversed and remanded for the cruelty to animals charge to proceed.

As the Fifth District noted, section 474.213, Florida Statutes (2018), prohibits the unlicensed practice of veterinary medicine, as defined in section 474.202. The purpose of the statute is to protect public health and safety from the potential dangers of incompetent and unlicensed veterinary practitioners. But section 474.203(5)(3) exempts from section 474.213’s purview “[a]ny person, or the person’s regular employee, administering to the ills or injuries of her or his own animals, including, but not limited to, castration, spaying, and dehorning of herd animals . . . .” The State argues that Avella’s actions should not fall within this exemption: although the statutory exemption could be read to allow owners to perform amputations and open surgery on their animals, such an interpretation would be absurd. On the other hand, Avella claims that his actions should fall within the exemption because he was only trying to help Thor and owners should not be subject to criminal penalties for providing minor care to their animals. Considering the plain language of and purpose behind these statutes, the Fifth District held that the unlicensed practice charge against Avella was properly dismissed.

However, the Fifth District concluded that Avella’s actions could constitute animal cruelty under section 828.12(2), Florida Statutes, which provides that “[a] person who intentionally commits an act to any animal, or a person who owns or has the custody or control of any animal and fails to act, which results in the cruel death, or excessive or repeated infliction of unnecessary pain or suffering, or causes the same to be done, commits aggravated animal cruelty . . . .” Rejecting Avella’s claim that he could not be guilty of animal cruelty because he did not intend to harm Thor, the Fifth District concluded that the statute did not require a specific intent to cause pain. Rather, it “punishes an intentional act that results in the excessive infliction of unnecessary pain or suffering.” Moreover, questions of intent are for the fact finder to decide and cannot be resolved on a motion to dismiss. Accordingly, the Fifth District reversed the dismissal of the animal cruelty charge and remanded for further proceedings.