The Proposed Constitutional Amendment to Ban Greyhound racing in Florida: The Time is Now 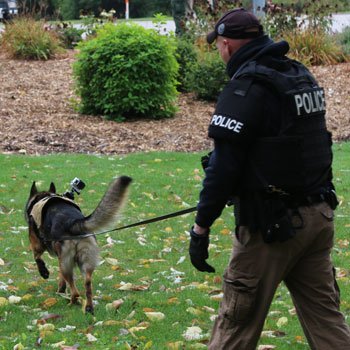 The Florida First District Court of Appeal affirmed a postconviction court’s summary denial of Charles Johnson’s claim of ineffective assistance where trial counsel failed to object to police testimony that his K-9 unit could detect a fleeing suspect. Officer Michael Michener and his K-9 Diesel responded to a recent burglary, and Diesel indicated detecting body odor consistent with the nervousness or anxiety of someone fleeing. Diesel led Officer Michener to a neighboring backyard shed where Johnson and two other suspects were hiding.

On collateral attack, Johnson argued that such testimony was “inconceivable” and that his trial counsel’s failure to object to this testimony was constitutionally deficient. The postconviction court summarily denied his claim without deciding whether Johnson was prejudiced by trial counsel’s performance. On appeal, Johnson argued that Officer Michener was a lay witness giving an expert opinion—that Michener was not qualified to testify to such technical or specialized information. The 1st DCA disagreed and held that Officer Michener’s testimony would have been admissible even if trial counsel had objected. The 1st DCA did concede that the inquiry into Diesel’s ability to detect fleeing “suspects” was unduly precise. However, the 1st DCA concluded that the jury could understand Officer Michener’s testimony to mean simply that Diesel could detect a fleeing person.