The Difficulty of Ranking Animal Intelligence 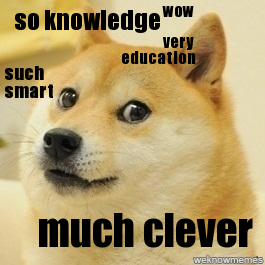 FiveThirtyEight recently published a fascinating article on animal intelligence and its implications for animals’ treatment under the law. Entitled “Humans Are Dumb At Figuring Out How Smart Animals Are,” the article discusses why scientists have a difficult time ranking animals’ intelligence across species, even though common sense might tell us that it should be a relatively straightforward task. Indeed, scientists have basically given up on the idea of creating a cross-species hierarchy of animal smarts. This is because each species has its own set of skills, evolved for its unique environment. For example, mice and birds are better than people at quickly navigating mazes and remembering objects’ locations. So science has little to offer the law in terms of deciding which animals deserve protection based on their level of intelligence. But instead of determining legal protections according to intelligence, the article suggests that perhaps legal frameworks should be built around the different needs of individual species.