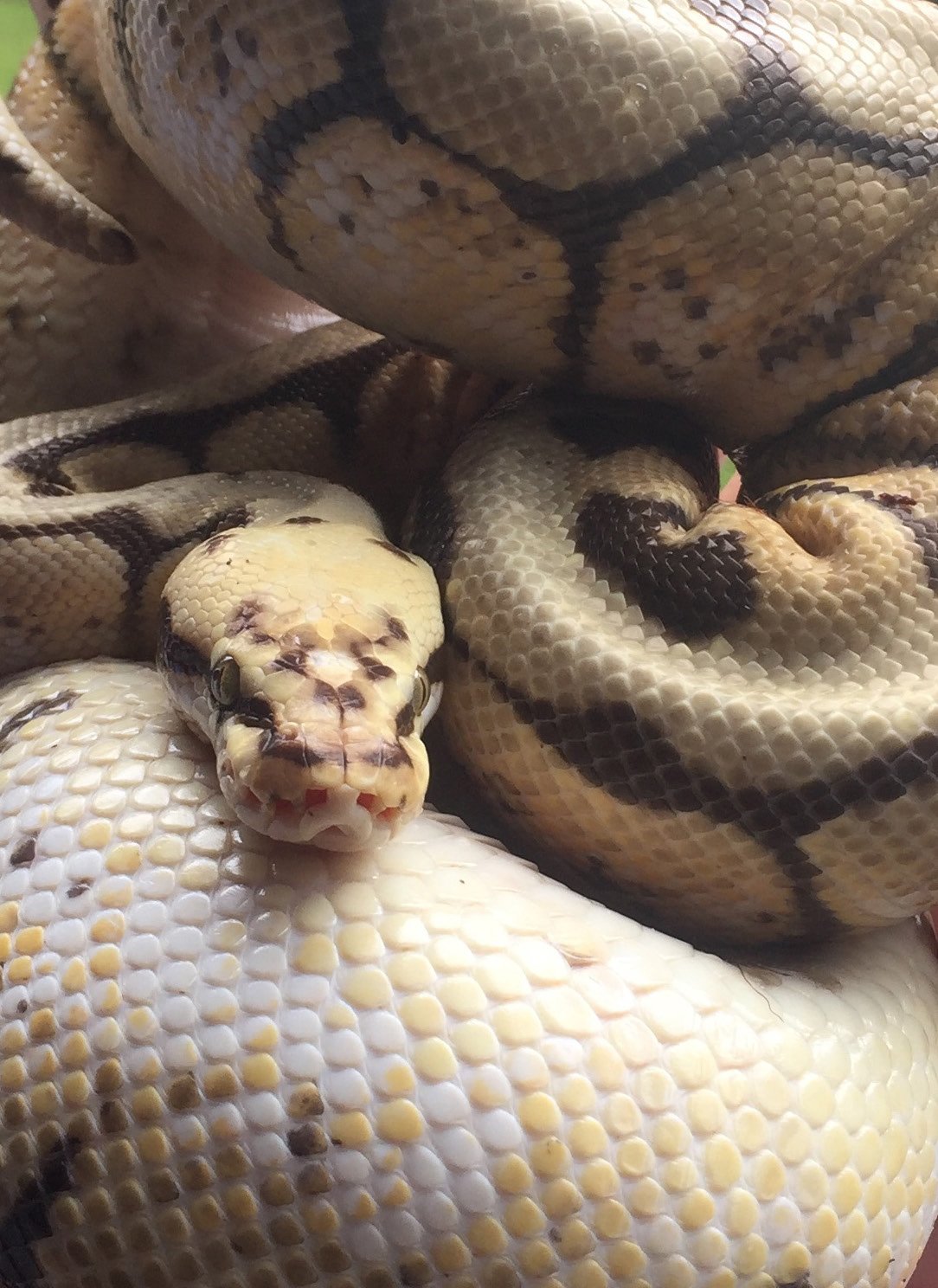 Red-on-black, friend of Jack; red-on-yellow, kill a fellow. This catchy saying is well known by many outdoor enthusiasts to help remember which of two similar looking snakes is the harmless versus the venomous one. A red colored band adjacent to a black one, and you are probably safe as it is likely the Scarlet Kingsnake (lampropeltis elapsoides). A red band next to a yellow one though, means stay away as it could be the deadly Eastern Coral Snake (micrurus fulvius). This color mimicry is one of nature’s ways of assisting with species survival. 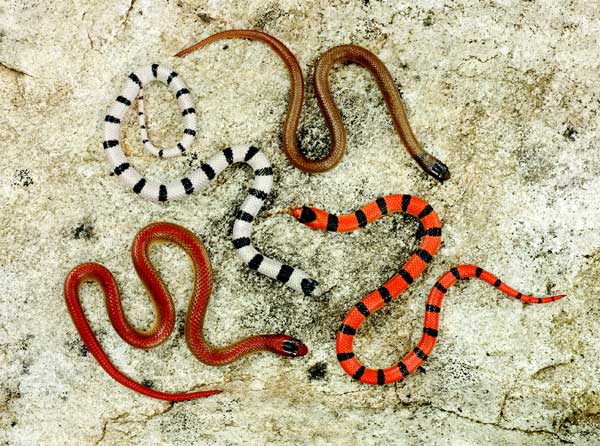 However, what if the coloring of these two snakes could be changed? What if instead of red, black and yellow bands there were unpredictable and almost limitless varieties of colors, in different orders, and with non-traditional patterns. This physiological change could make identification difficult and, for those encountering a Coral Snake, potentially fatal.

Enter the morph market. For several decades now, scientists, herpetologists and snake enthusiasts have been selectively breeding snakes in hopes of creating snakes with unusual and unique color patterns (aka “morphs” or morphological deviations).

The morph market is big business, very big business. The proper combination of two mating snakes can yield a clutch of eggs worth thousands of dollars. Commercial breeders can easily keep hundreds of snakes in a relatively small facility with minimal equipment designed primarily to control temperature and humidity, and at minimal expense. One warehouse can result in hundreds of thousands of dollars’ worth of hatchlings annually, and even more for larger facilities.

Perhaps nowhere is the effect of the “morph” craze felt more prevalently than in the Ball Python market. Walk into any pet store selling snakes and you will find these Ball Bythons without their standard brown and black coloring that has survived millions of years of evolution. No longer the “belle of the ball,” (no pun intended) the price and desirability of Ball Pythons with traditional markings has dropped.

So what’s the harm? Breeders do this all the time with other animals without much concern. After all, new breeds of dogs are announced almost every year or two. Not to mention that Ball Pythons are probably one of the calmest and easiest pets to care for. The quintessential beginner’s snake, they only grow to a maximum size of about four to five feet long. They rarely bite (and are non-venomous if they do), require little space, eat once every week or two, and do not make a sound. No barking, meowing, or chirping. No pet fur, vaccinations, collars, toys, or treats.

Moreover, the morph industry is bringing new interest to these wondrous creatures while introducing the concepts of genetic diversity to a new generation. Imagine snake owners, often in their teens or twenties, talking about the science of dominant versus recessive genes and traits. And don’t forget these genetic variations and mutations occur in the wild. Humans simply breed the most interesting, or “prettiest” ones if you will, to each other to accelerate and enhance the process. Fortunately for the most part, gone are the days when people believed snakes were slimy. Their beauty, biological diversity and role in the food web are better appreciated today.

However, what if these morphs were to escape into the environment? Let’s say a subtropical environment, with ample sunshine, warm weather, and a variety of small prey animals available. Like native snakes, they could survive and possibly even thrive. Many other snakes and reptiles are morphed too, and for similar reasons, including Corn Snakes, Boa Constrictors, pythons, geckos, iguanas and even alligators. Thousands of non-traditional looking varieties exist today.

The Burmese Python (python molurus) was another familiar reptile coveted by pet owners. Currently listed as a “conditional species” under Chapter 68-5.002, Florida Administrative Code, Burmese Pythons can no longer be acquired as a pet in Florida without a permit. They are also federally listed by the U.S. Fish and Wildlife Service as an “injurious species” under the Lacey Act (18 U.S.C. 42; 16 U.S.C. 3371-3378) which prevents their importation into the United States. Native to South Asia, the snake’s introduction into Florida’s environment many years ago, likely through irresponsible pet ownership or perhaps as a result of Hurricane Andrew, has proved detrimental. Growing in length to over 10 feet, and with almost no real predators, the Burmese Python population has devastated prey populations in some areas and caused an imbalance in the food chain. Their numbers increased well into the thousands, resulting in the first ever state-sanctioned hunt in 2009. However, even with pressure from hunting, in February 2018 python trackers discovered a record breeding group in Collier County, including a one-hundred pound Burmese Python getting ready to lay eggs in a culvert. Each female can lay a clutch of up to one hundred eggs at a time. The sheer number of Burmese Pythons in South Florida coupled with their stealth abilities to go unnoticed suggests complete removal of these nonnative species is a near impossibility. Which begs the question, how might that change if a Burmese Python didn’t even look like a Burmese Python. How would hunters, trackers, and regulators know what to look for? The impact of the morph market on the control of nonnative species of snakes and other animals is certainly one worthy of consideration. While the purpose of this article is to identify the current and well-documented industry practice of morphing, lawmakers may wish to consider some of the unintended or unanticipated consequences mentioned in order to try and get ahead of the issue.

This article is submitted by John K. Powell, J.D., P.E., Adjunct Professor at the FAMU-FSU College of Engineering and Environmental Services and Facilities Director at the City of Tallahassee, on behalf of the Wildlife Committee of the Animal Law Section of The Florida Bar.