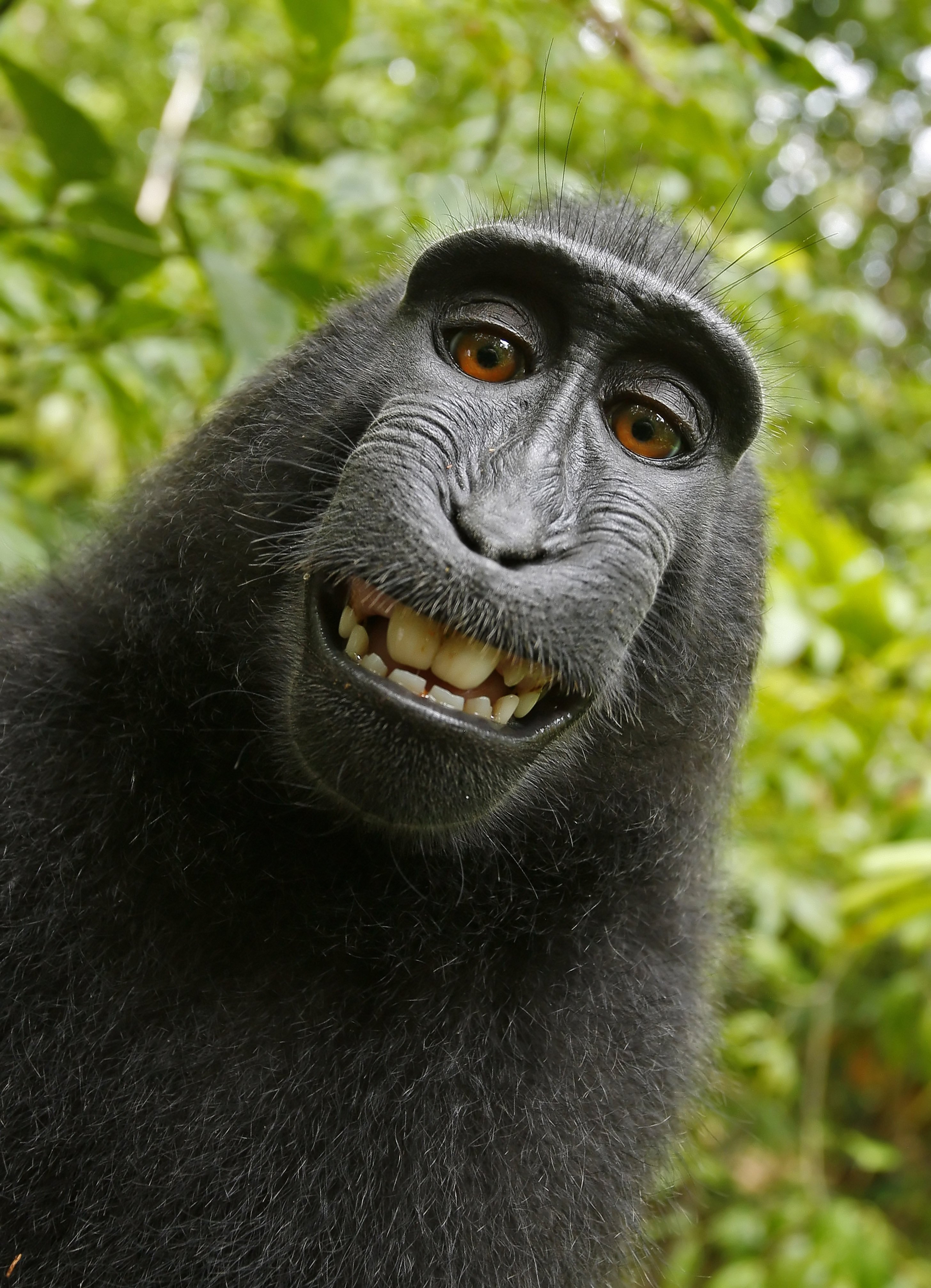 It all started when, in 2011, a wildlife photographer named David Slater left his camera unattended on the island of Sulawesi in Indonesia. A crested macaque monkey named Naruto picked it up and snapped a selfie that would become famous. In 2015, the animal rights group PETA filed suit against Slater and his self-publishing company on Naruto’s behalf, arguing that they were infringing on the monkey’s rights under the Copyright Act by publishing and selling the photo. Slater responded that Naruto cannot own a copyright because he is a monkey.

Last year, the parties entered a settlement agreement pursuant to which Slater would donate 25 percent of any future revenue from the image to charities that protect crested macaques in Indonesia. Despite the settlement, last month the 9th Circuit wrote to affirm the dismissal of the suit. The court agreed with Slater that Naruto did not have standing under the Copyright Act because the Act does not expressly authorize copyright infringement suits by animals. The court also questioned PETA’s guardian or “next friend” status. However, the court did hold that there were sufficient facts to establish Article III standing, as the complaint alleged the Naruto was the author and owner of the photos and that he had suffered concrete and particularized economic harms. The full opinion is available here.