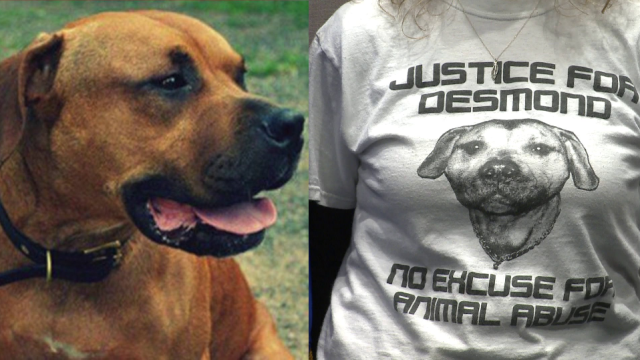 The Problem. Eighty percent of animal abuse cases in Connecticut over the past ten years were either dismissed or never prosecuted.[1] What seems like an impossible statistic is actually a startling reality in Connecticut and many other states. Connecticut hopes to decrease this statistic with the enactment of Public Act No. 16-30, also known as Desmond’s Law. Desmond’s Law, passed in October 2016, was inspired by Desmond, a shelter dog who was starved, beaten, and strangled by his abusive owner who now walks free. Even though the abuser admitted to committing the violence, he avoided punishment and had his record expunged by entering a probation program for first-time offenders.[2]

Desmond’s Law gives the court the discretion to appoint qualified pro-bono lawyers and law students as advocates for animals who are the subject of abuse cases.[3] Connecticut represents a changing tide as to how courts view animal law as the first and only state to have a statutory provision for animal advocates.[4] This legislation enables advocates to represent the interests of animal justice by allowing them to monitor cases, attend hearings, access records and information regarding the animal, including police reports and veterinary records, and to share such information with the court and each party.[5] Connecticut’s goal in enacting Desmond’s law was to produce better procedural outcomes with more cases prosecuted by enabling the advocate to bring in information that otherwise might be excluded.[6]

under the CT animal cruelty

The Law. Section 1(a) of Desmond’s Law indicates that the court may, on its own initiative or at the request of a party, appoint a separate animal advocate in cases of animal cruelty, custody, or welfare.[7] The advocate is an official party to the lawsuit, but represents “the interests of justice” rather than the individual animal.[8] Section 1(a) also indicates that potential advocates must be appointed from the list of qualified individuals maintained by the Department of Agriculture under Section 1(c).[9] Lastly, section 1(a) also states that a court’ s refusal to appoint an advocate is not subject to appeal.[10]

Section 1(b) outlines the specific duties that an advocate may perform. The advocate may monitor the case status and attend court hearings, consult third parties who may have information relating to the animal or the defendant (i.e. animal control officers, veterinarians, police officers), make recommendations, and inform the court of relevant information.[11]

Section 1(c) directs the Department of Agriculture to maintain a list of qualified potential advocates for court appointment.[12] Qualified individuals include practicing attorneys and law students who have knowledge of animal issues and the legal system.[13] Finally, subsection (c) indicates that such appointment as an advocate is completely voluntary.[14]

The Arguments. Proponents of Desmond’s Law suggest that advocates are a pathway to easing the burden on the already backlogged court system.[15] Advocates can perform investigative work and background research that prosecutors may not otherwise have time for. Desmond’s Law works to prevent animal abusers from escaping justice and allows advocates to ensure the victims of animal abuse do not slip through the cracks in a court system where human victims are obviously a first priority.[16]

Opponents of the legislation, such as the American Kennel Club, argue that Desmond’s Law could cause confusion as to who is legally responsible for the animal, especially in a case where an advocate is granted decision-making power over the animal’s care or treatment.[17] The American Kennel Club also argues that Desmond’s Law has the potential to open the floodgates of litigation by shifting the legal status of animals from property towards person.[18] While an increase in litigation is possible, prevention of animal abuse is a valid and necessary use of court resources.

In Practice. The benefits of Desmond’s Law seem to outweigh any detriment to the courts or society. In the first six months following its enactment, animal advocates have been appointed in five cases in Connecticut.[19]

In one case, a University of Connecticut law student testified in court as an advocate for two pit bulls rescued from a dog fighting ring. The student described the dogs’ horrific situation, detailed the abuse the dogs suffered at the hands of its owner and cited to multiple scientific studies linking animal abuse to violence against humans. The student presented evidence in an attempt to convince the court that the abuser should be prevented from entering the first-time offender probation program, the same program that Desmond’s abuser used to wipe his record clean. Even though the judge found that the defendant’s crimes did not prevent him from entering the probation program, the court imposed multiple conditions regarding his right to own and breed animals at the suggestion of the advocate.[20]