The Growing Trend of Animal-Abuser Registries 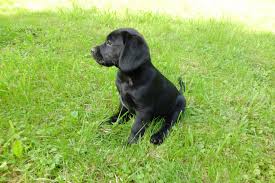 Representative Tom Leek has introduced HB 473, called “Ponce’s Law,” that would strengthen Florida’s animal cruelty law by allowing judges to prohibit people convicted of animal abuse from having pets. The law would also give prosecutors more leverage in animal cruelty cases by increasing the sentencing guidelines score for felony animal cruelty from a Level 3 (16 points) to a Level 5 (28 points).

The bill’s namesake is a Labrador retriever puppy who was beaten to death, allegedly by his owner. Officers responded to Ponce Inlet after receiving a call from a man who said he could hear his neighbor beating his dog. They found 9-month-old Ponce brutally beaten, and his owner admitted that he had thrown Ponce against a wall to “discipline” him for making a mess. The puppy’s death caused public outrage, which developed into a movement to increase animal cruelty from a third-degree to a second-degree felony. Though Ponce’s Law would not make this particular change, it would strengthen Florida’s animal cruelty law.

As Ponce Inlet’s mayor explained, “This event brought attention to the fact that the penalty for such an act [of animal cruelty] is no greater than the theft of a $300 bicycle . . . . the current state law [lacks] the awareness that animals are sentient beings and deserve our protection.”