A Rose is a Rose by Any Other Name; not so for Skim Milk 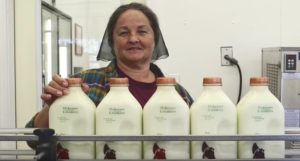 The Ocheesee Creamery prides itself in its all-natural skim milk. Ocheesee Creamery creates the skim milk by separating cream that rises to the top during the pasteurization process. Incidentally, most of the skim milk’s Vitamin A content resides in the cream, and is removed when the cream is separated. As a result, the skim milk is no longer skim milk, at least under Florida law. According to the Florida Department of Agriculture, milk is skim milk if it contains the same amount of Vitamin A as whole milk. If it does not, Vitamin A must be added, and if Vitamin A is not added, the seller must label the milk “imitation milk.”

Refusing to sell its skim milk as imitation milk, Ocheesee Creamery instead pulled its milk off the shelves and sued the Department, arguing that the Department’s regulation violated its right to commercial free speech. In March of 2016, the U.S. District Court for the Northern District of Florida found in favor of the Department, concluding that, while Ocheesee’s definition of skim milk is literally true, i.e., milk that has had cream skimmed off, the Department has the authority to establish a “standard of identity.” Ocheesee appealed the Northern District’s ruling to the U.S. Court of Appeals for the Eleventh Circuit. Ocheesee argued its case in January 2016. The Eleventh Circuit has not yet issued an opinion.