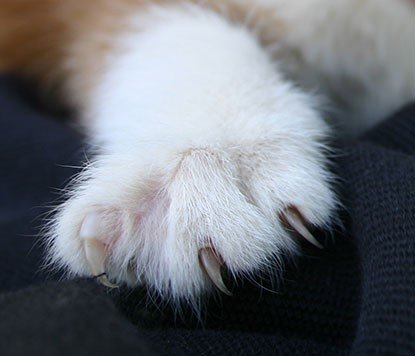 A bill that would ban declawing cats is making progress in the New Jersey legislature. If the bill becomes law, New Jersey will become the first state to ban the practice, making it a criminal animal cruelty offense. Veterinarians who perform the procedure as well as cat owners that hire them would face up to a $1,000 fine and six months in jail.

Assemblyman Troy Singleton (D-Burlington) sponsored the bill, reasoning that “Declawing is a barbaric practice that more often than not is done for the sake of convenience rather than necessity.” He noted that “Many countries worldwide acknowledge the inhumane nature of declawing, which causes extreme pain to cats,” and concluded that “It’s time for New Jersey to join them.” Many animal welfare groups agree that the practice is cruel. As explained by one SPCA medical director, it is an “invasive surgery” and puts cats “at risk for pain and lameness” because they “still [have] urge to scratch but cannot.” Indeed, sometimes the procedure is so traumatic that it changes the cat’s personality. “It’s . . . disfiguring, inhumane and misguided,” says one vet who refuses to perform the procedure.

However, it is important to some cat owners that their cats do not damage their furniture or scratch people–especially children–and declawing may be the only option for them to keep their pet. Otherwise, they may relinquish their cat to a shelter or never adopt a cat in the first place. For example, Assemblyman Parker Space voted against the bill based on his experience with his own cat, who caused $600 worth of damage in his home and would have been taken to a shelter if he had not been declawed. And according to some veterinarians, the procedure is less invasive than it was twenty years ago. As one vet notes, “Only the claw bed is removed. . . We do not cut bone, and the pain medicine that is available today was not available” in decades past. “We are not pro-declaw, but we want to prevent them from being relinquished” and eventually euthanized, he said. He believes that the decision whether to declaw should be made “between a licensed vet and the client, and should not be regulated by the government.”

The full language of the bill can be found here: