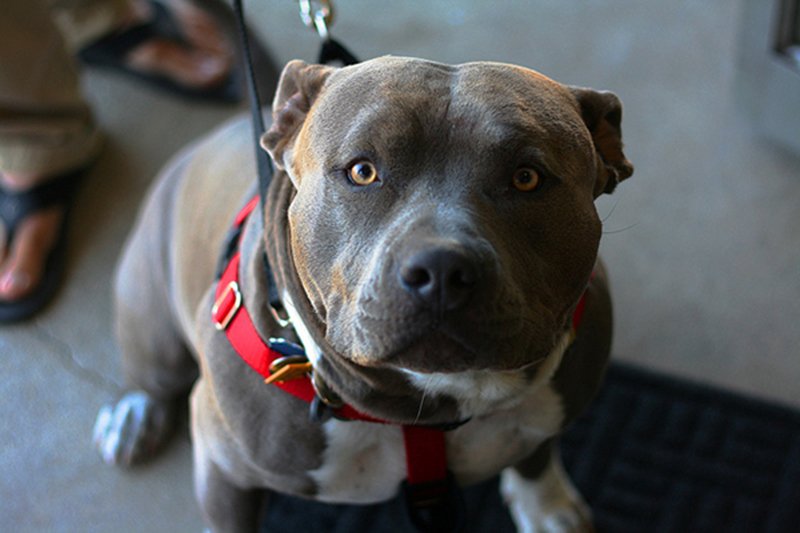 At the end of September, the City Council of Montreal voted in favor of a bylaw that would make it illegal for people to acquire new pit bulls in the City. Though those who currently own pit bulls may keep their pets, they must purchase a $115 permit and follow certain restrictions like keeping their dog on a short leash in public. Pit bulls that are not grandfathered in (including all of those currently in shelters) may be put down.

The breed-specific legislation was pushed after Christiane Vadnais, a 55-year-old woman, was mauled to death earlier this year by a dog thought to be a pit bull. Pointing to this tragic incident, supporters of the ban argue that it will protect people from being attacked by dogs that are genetically predisposed to be more dangerous than other breeds. For example, Benjamin Hart, a professor at the University of California at Davis School of Veterinary Medicine, has stated that pit bulls are responsible for 60 percent of fatal dog attacks and that it is quite common for pit bulls to show no signs of aggression up until they attack someone.

But many oppose legislation like this, arguing that there is no evidence that these laws actually reduce dog attacks on humans and that no particular breed is more likely to bite people than another. Indeed, the Montreal Society for the Prevention of Cruelty to Animals has sued the City, claiming that the bylaw defines “pit bull” too vaguely and conflicts with a section of Quebec’s civil code granting animals the status of sentient beings. The ban has been placed on hold for an indeterminate amount of time due to this lawsuit. This is a short-term victory for opponents of the rule, but at a minimum it will give them more time to find homes for pit bulls living in shelters and with rescue groups.