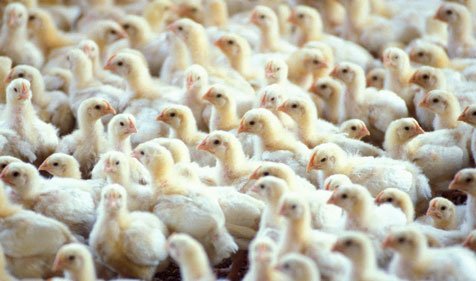 Maplevale Farms, a food distributor, has filed a class action suit against several major poultry producers, including Tyson Foods, claiming that over the past eight years the companies have been killing broiler breeder hens in order to illegally inflate prices.

“For years, these major food corporations sought to take full control of the market to squeeze every penny they could from hard working consumers, and they broke federal laws and killed thousands of chickens to do so,” says Steve Berman, a lawyer for the plaintiffs. “Instead of honest competition, these agribusinesses chose to cheat the system, killing off flocks and destroying eggs to limit the amount of production and pass the buck to millions of Americans.”

Interestingly, this is not the first time these types of allegations have been leveled against meat and dairy producers. In 2010, the Humane Society requested that the U.S. Department of Justice investigate the United Egg Producers for improperly increasing the price of their eggs. The suit was settled for $8 million. And in 2011, a class action lawsuit was filed against some of the country’s largest dairy producers, alleging that the companies colluded to slaughter 500,000 cows to inflate milk prices. That suit settled for $53 million.