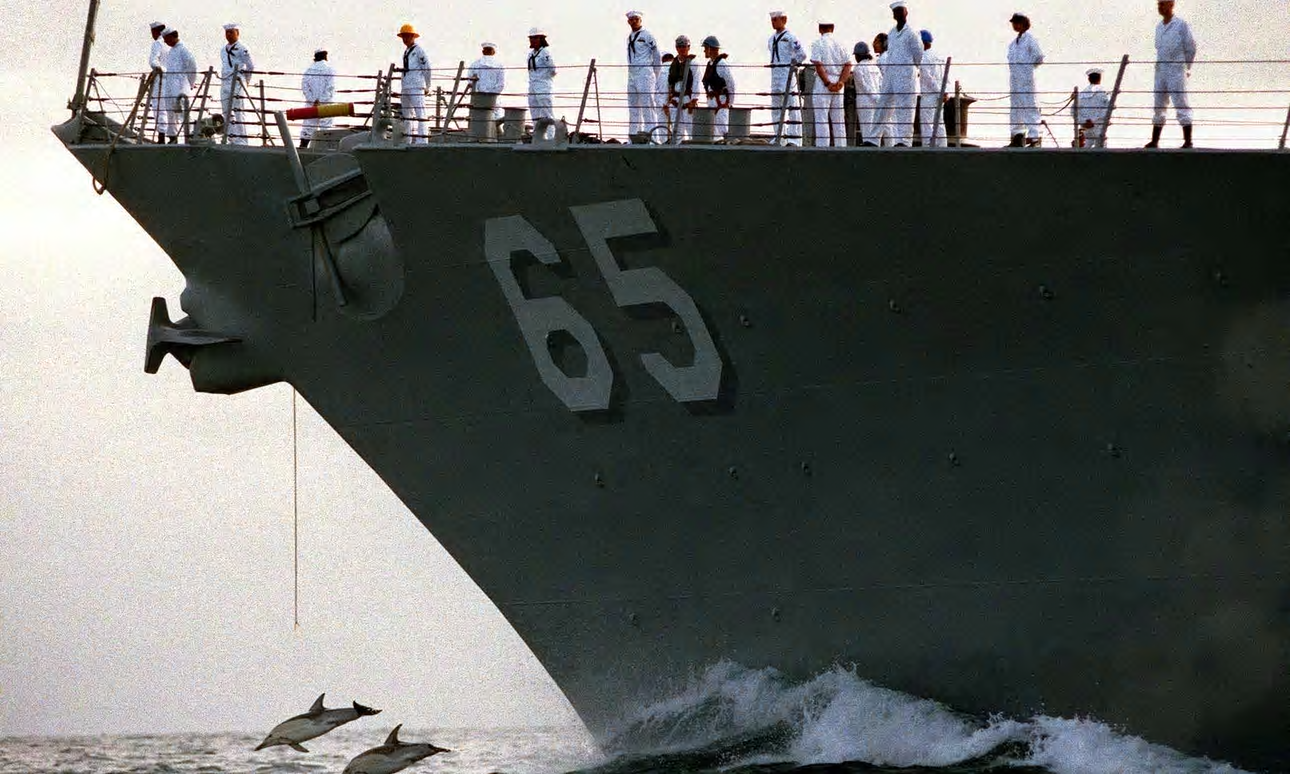 In the latest development in years of federal court challenges to the navy’s peacetime use of sonar, the Ninth Circuit reversed a decision of the Northern District of California that had upheld rules adopted by the National Marine Fisheries Service

(NMFS) for the use of low-frequency active sonar systems in navy training missions. Those rules, adopted in 2012, permitted the navy to use low-frequency active sonar (as compared to passive sonar that simply detects and amplifies sounds from other sources) unless a marine mammal was detected near the ship; the rules also banned the use of higher pulse sonar (higher than 180 decibels) near coastlines or certain protected areas offshore. The rules were to be in effect for a five year period.

In a 3-0 decision, the appellate court found that the adoption of the rules by NMFS violated the Marine Mammal Protection Act. At issue was the failure by NMFS to determine—prior to adopting the rules—that the “incidental take” (i.e., harming marine mammals including, e.g., injuring 31 whales and 25 seals annually) by the Navy’s peacetime use of sonar would have not only a negligible impact on marine mammal species, but also would have the “least practicable adverse impact.” The court noted its duty to defer to an agency’s technical analyses, but the court refused to “rubber-stamp” an agency decision that conflicted with the statutory mandate. For example, NMFS identified only 22 protected areas in which sonar would be prohibited despite the agency’s own experts having identified 73 such areas. (In 2002, NMFS adopted a rule identifying only three protected areas, then in 2007 increased that number to ten—each of these agency decisions were successfully challenged in federal courts.) The NMFS “did not give adequate protection to areas of the world’s oceans flagged by its own experts as biologically important” such that “a meaningful proportion of the world’s marine mammal habitat is underprotected.”

Reports of studies on the impact of sonar on marine mammals, available at the Department of Defense’s Environmental Research Programs website: https://serdp-estcp.org/News-and-Events/Blog/Impacts-of-Sonar-on-Marine-Mammals