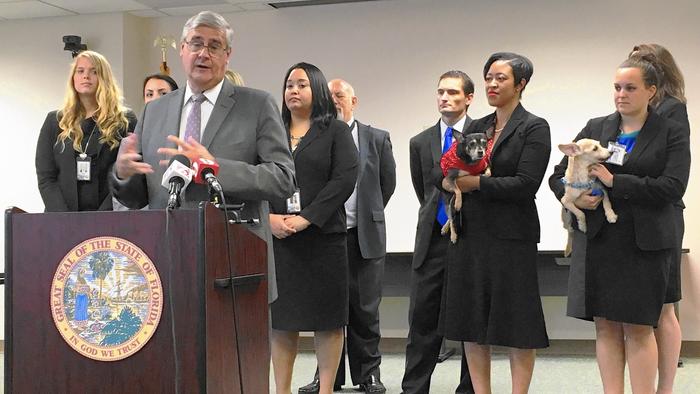 A new unit to help prosecute animal cruelty cases in Orange and Osceola counties was announced in late July. The impetus to form the unit came after a case, which spanned two years, ended a dog fighting ring, led to the arrest of the 26 people involved, and saw the rescue of 33 animals. The specialized unit consists of 13 volunteer attorneys who have elected to accept the additional caseload. Last year law enforcement referred 44 animal cruelty cases to the office, and has already referred 31 thus far in 2016. The circumstances surrounding the cases vary greatly, and include malnourished horses, dog fighting, and animals injured during domestic disputes.

Florida seeks to protect animals with strict animal cruelty laws. Jennifer Chin, Vice President of legal advocacy for the ASPCA, emphasized that the majority of animal cruelty investigations begin with tips from the public. Diane Summers, of Orange County, urges citizens to look for indicators of animal cruelty and report them to law enforcement. There is a known connection between animal abuse and other criminal behavior. According to the National Link Coalition, over 80% of those arrested on animal abuse allegations have prior records of battery, weapons, and drug charges. Roughly 70% arrested are already known to law enforcement for prior violent behavior.