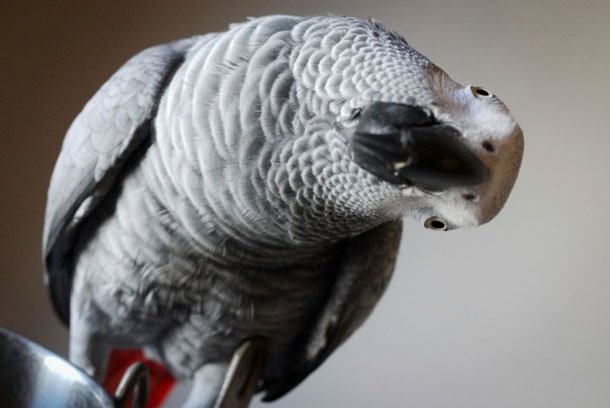 Bud, an African Grey parrot previously owned by Martin Durham, appears to have witnessed the murder of his former owner and has something to say about it. After Bud was transferred to Christine Keller, Martin’s ex-wife, he apparently began to reenact the last moments of Martin’s life. According to Christine, Bud replays an argument between Martin and Glenna Durham, which ends with Martin asking Glenna not to shoot.

Given the nature of the information Bud appears to contain, questions have risen as to the admissibility or alternate uses for Bud’s reenactment. While using animal behavior to inform detectives of possible scenarios has occurred in the past, in both real world and fictional settings, a parrot has never testified as a witness in the US. Although Bud’s possible testimony may seem compelling, in order to take the stand you must be a “person.”

Animal rights activists remain hopeful that that the information Bud has stored in his memory can be used in some other way in court. Steven Wise, president of the Nonhuman Rights Project, explains that a prosecutor may be able to enter Bud into evidence for what he says, but not for the truth of what he is saying. This distinction may allow Bud to offer evidence while not taking the stand, and not enter into the realm of hearsay.