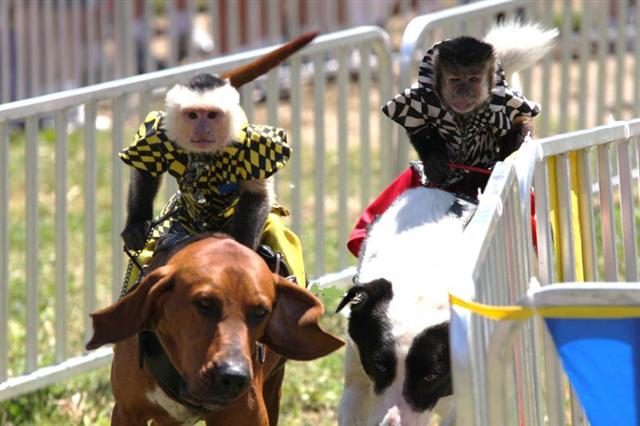 When the “Banana Derby”—races between monkeys dressed as jockeys and riding dogs like horses—was featured at the Alachua County Fair in 2015, it created a controversy. Many people believed that the act was cruel, despite the fact that it did comply with USDA as well as Florida Fish and Wildlife Commission requirements. So Alachua County commissioners proposed changes to the regulations on county fairgrounds, suggesting stricter standards for animal acts. Though the proposed changes would ban non-human primates at the fairgrounds and require all animal acts to provide a list of their animals to county agencies, the commissioners believed that the proposal did not go far enough. For this reason, the commissioners postponed deciding on it until it could be expanded to address concerns that might arise in the future, such as cruelty to animals other than primates. ![endif]–