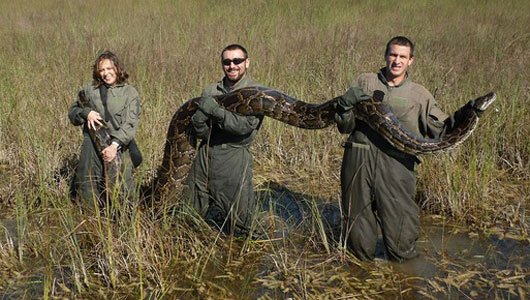 Burmese pythons, a species not native to the Florida Everglades, have taken a big toll on native wildlife over the last two decades. Researchers estimate that there are tens of thousands of these pythons in the Everglades. As a result, python hunters recently made their way to Florida to participate in a month-long python hunt, named the Python Challenge. The animals were wanted dead or alive. In the last challenge, three years ago, 1,600 people took part but caught only 68 snakes. This year over 500 people registered to participate. 106 snakes have been turned into the challenge as of February 27.