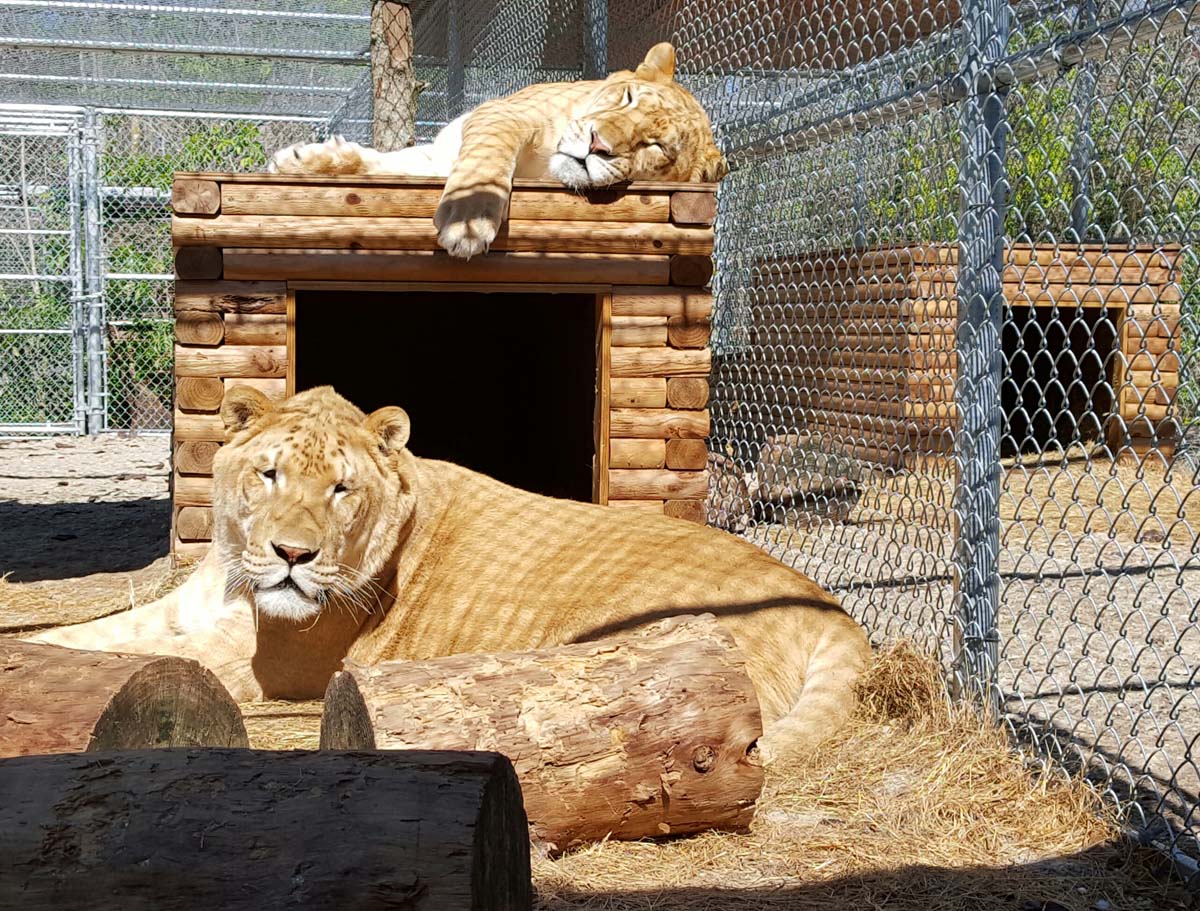 Deborah Warrick opened St. Augustine Wild Reserve in 1995 as a sanctuary for exotic animals. The animals living at the reserve, about 150 in total, come from many different backgrounds: some were pets that their owners could not properly care for, others used to be show animals. There are also many different types of animals that live at the reserve, including a rare golden tabby tiger, Siberian lynxes, wolves, lions, leopards, hyenas, and even a white-tailed deer. But all of the animals have one thing in common; they are all rescues.

Two ligers, brothers named Ares and Yeti, are the reserve’s newest additions. They came from a South Carolina big cat exhibit where they were no longer needed. They now share a cage where they each have their own private den and tub for bubble baths. At approximately three years old and 625 pounds, they are still considered babies. When they reach adulthood, they will weigh over 1000 pounds each. Ligers do not exist in the wild because lions and tigers are competing predators that naturally avoid each other. As Warrick explains, “You can see when they walk that they have bad hips. It’s just not a good thing to do, to produce a hybrid like this.”