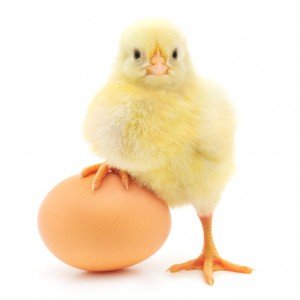 German scientists have developed a new technology as an alternative to chick shredding. Chick shredding is the process by which newly hatched male chicks are ground up alive or suffocated because they will neither produce eggs nor have meat that is considered suitable for slaughter. This new technology identifies the sex of fertilized eggs before the embryo inside develops. The commercial egg industry can then prevent the development of the unwanted male chicks and find alternative uses for the eggs. Annually, more than 45 million chicks are killed in this manner in Germany alone. The price of an egg is expected to rise by no more than two cents, as such activists are hopeful that this may spur other countries to follow suit.